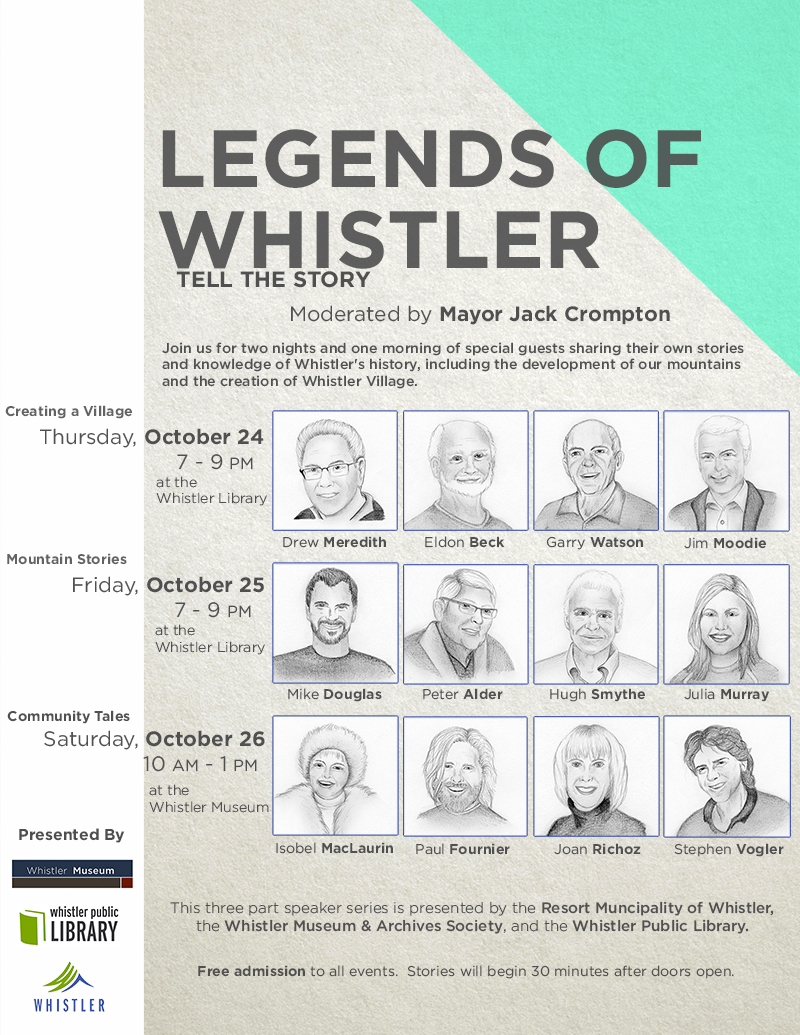 Join us for two nights and one morning of special guests sharing their own stories and knowledge of Whistler's history, including the development of our mountains and the creation of Whistler Village.

Thursday, October 24, Eldon Beck, Garry Watson, Jim Moodie and Drew Meredith will discuss the creation of Whistler Village, from its beginnings as an idea and a drawing on a piece of paper.  The next day, Hugh Smythe, Peter Alder, Julia Murray and Mike Douglas will be sharing stories of Whistler and Blackcomb Mountains and their influence on their lives.  Both events will be moderated by Mayor Jack Crompton at the Whistler Public Library and begin at 7pm.

Saturday, October 26, we will have storytellers Isobel MacLaurin, Joan Richoz, Paul Fournier and Stephen Vogler at the Whistler Musuem, each sharing some of their own experiences of arts and community in Whistler.  This event will begin at 10am.

January 28th, 2020
The Whistler Museum will be opening late at 12:30pm Wednesday, January 29.  We apologize for any inconvenience.Click here to read more detail about 'Late Opening January 29'